Concept art made using 3D modeling and AI for a futuristic game, set a hundred years from now in 2111, in a world where humans and non-humans are constituted solely from data. Projected launch date in 2023.

The story takes place in 2111. It is a futuristic world where the history of the 21st century is one where data and artificial intelligence have created data bodies. In this world set a hundred years from now, humans and non-humans are constituted solely from data. It is a third-person point-and-click, narrative game. You play as a cyborg historian who has discovered through the remnants of the defunct United States Library of Congress that there were democratic uprisings in the early twenty-first century. This history has gone missing over the last century, but there remains a hidden archive of social media content from that period documenting the revolutions beginning in Tunisia and Egypt. To protect the archive, it was divided among six families who served as guardians over generations. As the cyborg historian, you use special glitch powers to travel to travel to each guardian and convince them to give you the data they have saved and protected. The player’s goal is to retrieve the archival bits and take it to the tower in new Cairo, where you decipher the archive through data visualization and a paragraph about the lost history. 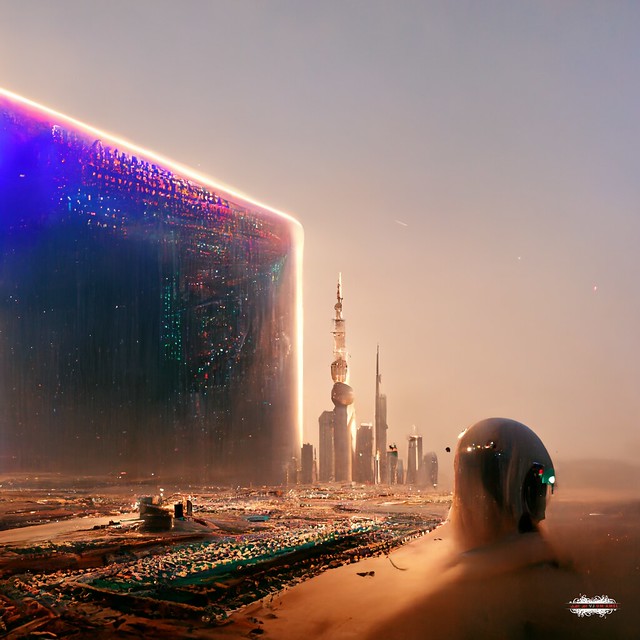